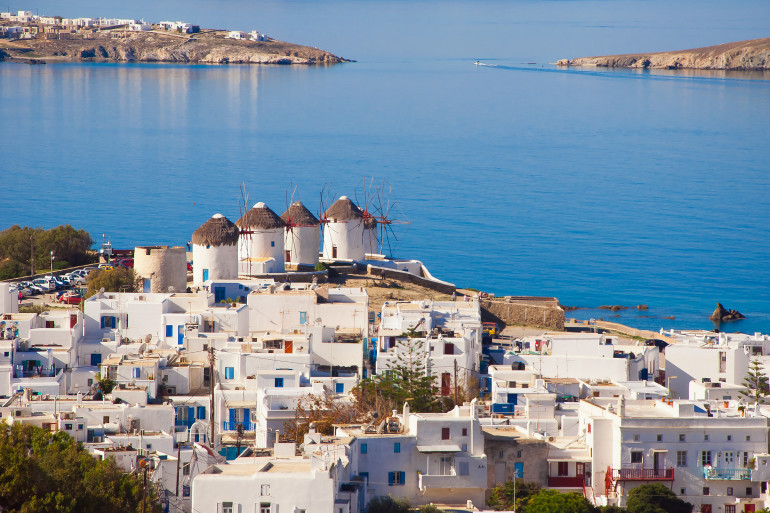 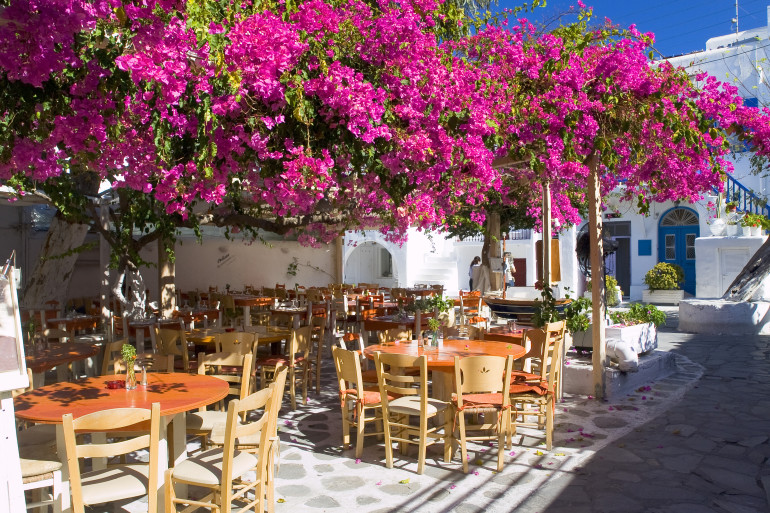 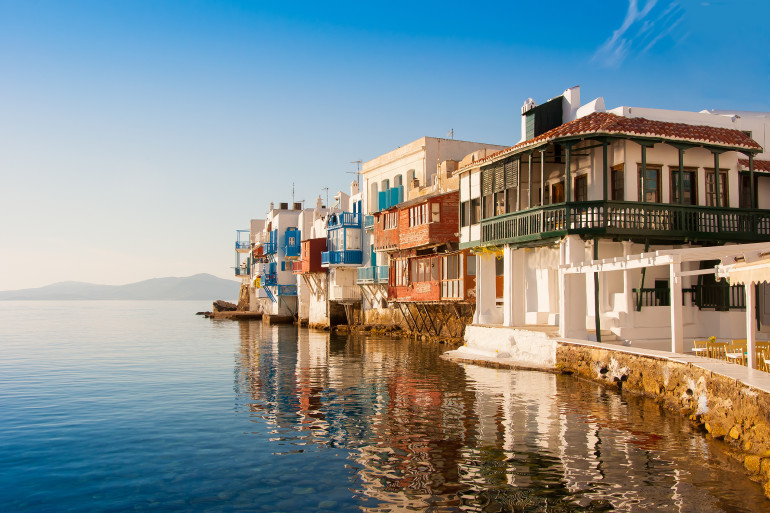 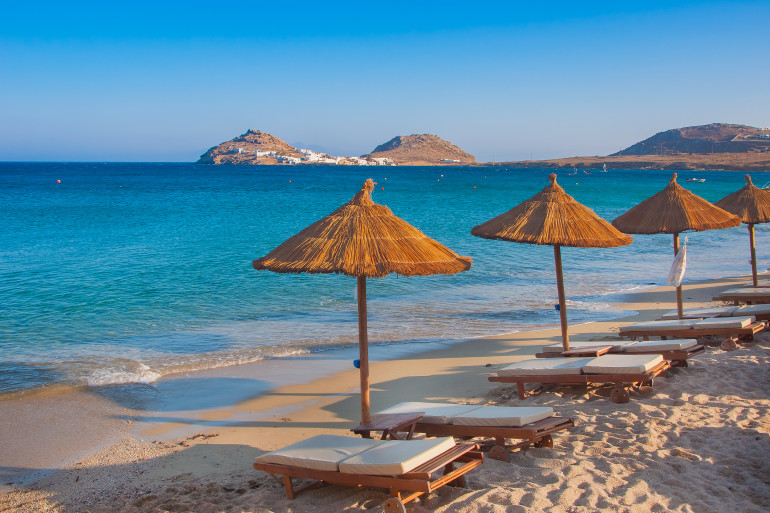 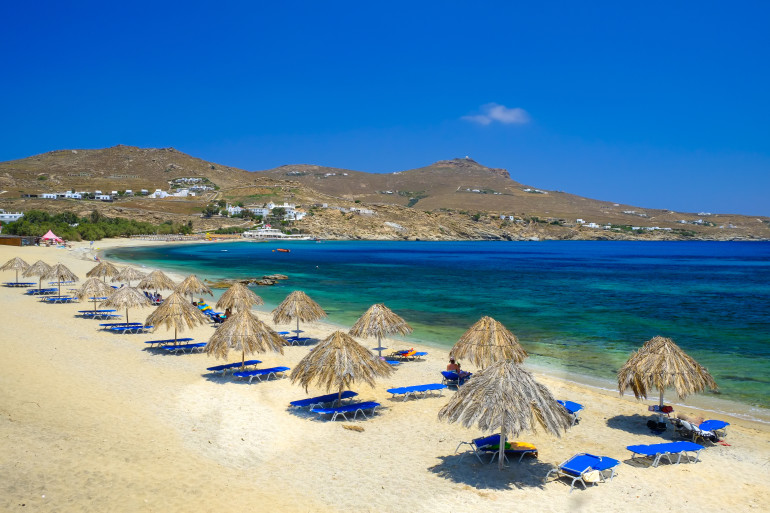 The Greek island of Mykonos was once known as the destination for gay men. And, with gay guys being our compass for everything cool and fashionable, everyone’s jumping on the bandwagon now. It’s the island of choice for the A-listers, the fashionistas, and all of the beautiful people.

No Greek island is without its nightlife, and Mykonos has it in spades. From the uber-clubs on the beaches, to the bars of Mykonos Town, there’s some rib-cage rattling bass to be revelled in every night of the week.

If you’re looking for the ‘Greek Island’ ideal of white-washed walls, blue shutters, and cobble-stone streets, you’ve got it here. Pay a visit to the windmills above Mykonos Town for the most iconic view of the island.

Taxis here are all but non-existent. There is only one company with about 70 cars, and they won’t come and pick you up if they don’t feel like coming over to where you are. So explore the myriad of bays and beaches by renting your own quad bike and zooming around the island with the fresh sea breeze in your hair.

If the guilt of spending your entire holiday sipping cocktails in a club is eating away at you, abate it with a stimulating and educational trip to the nearby archaelogical island of Delos to learn about some Greek history.

Our guide to the best hotels in Mykonos. 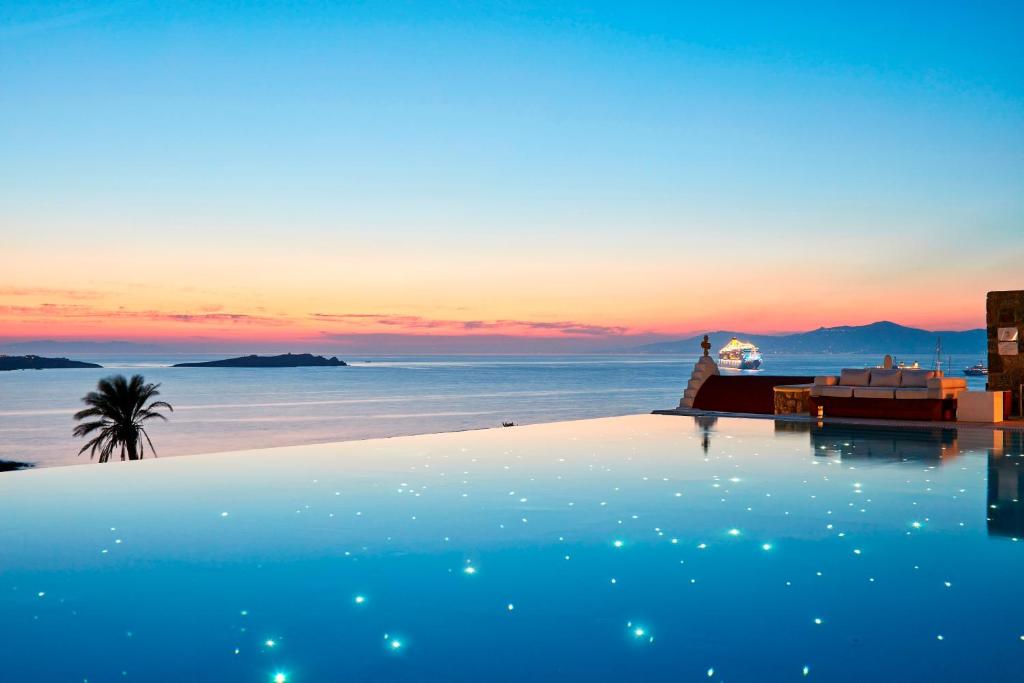 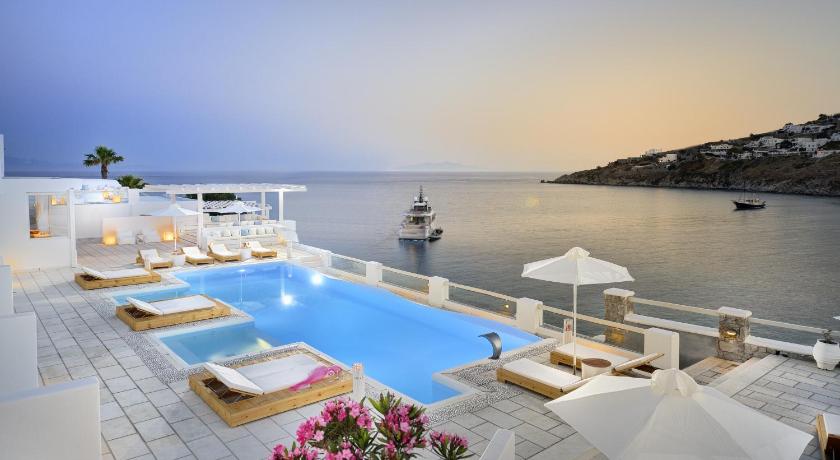 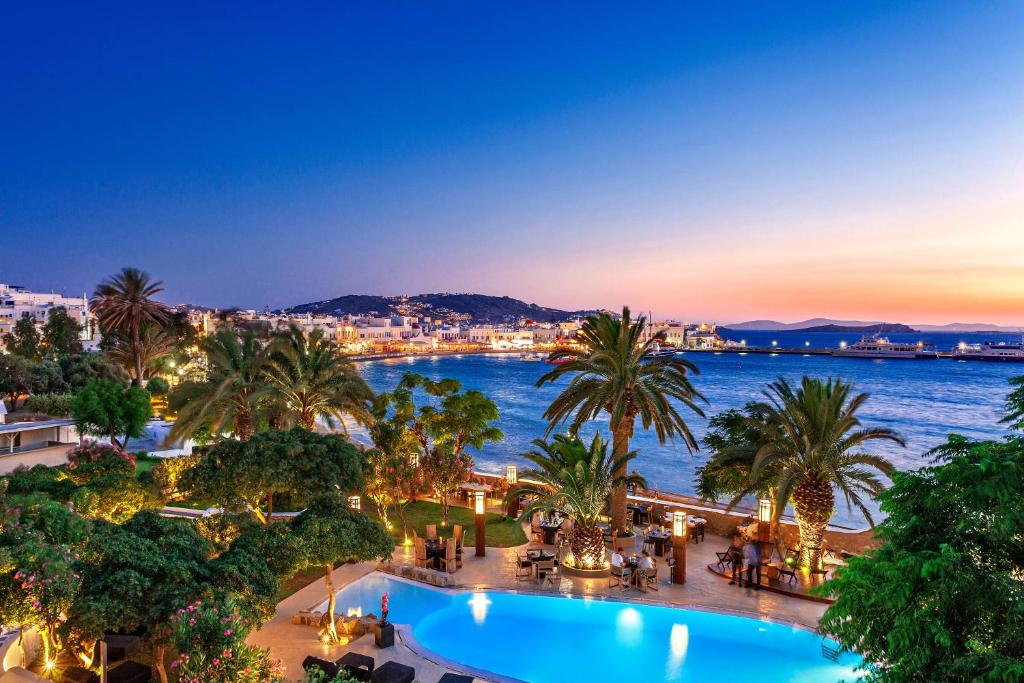 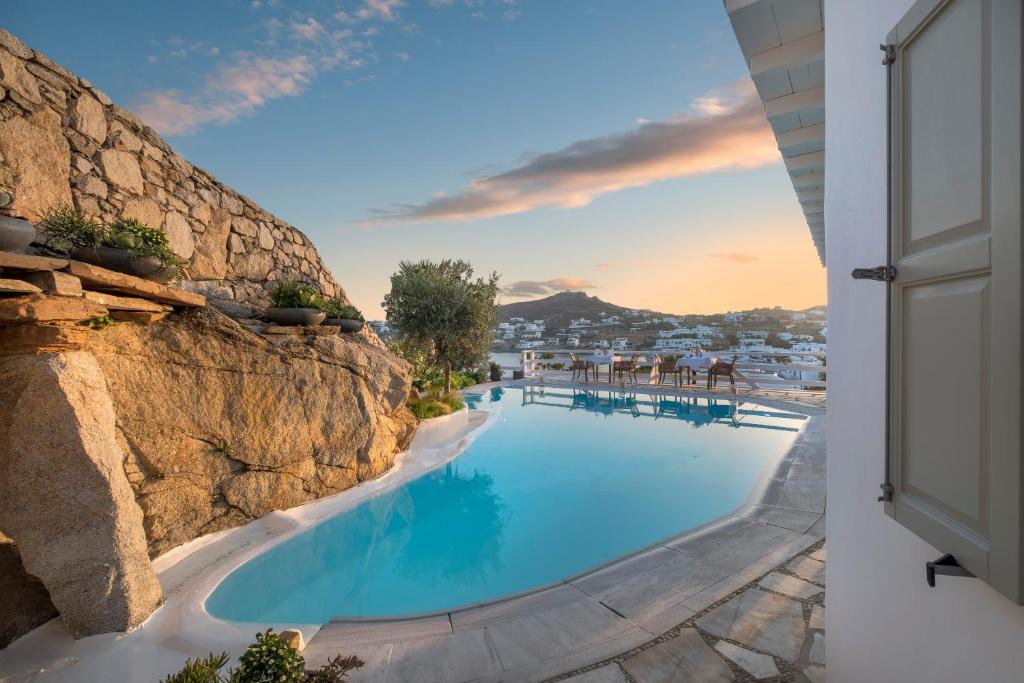 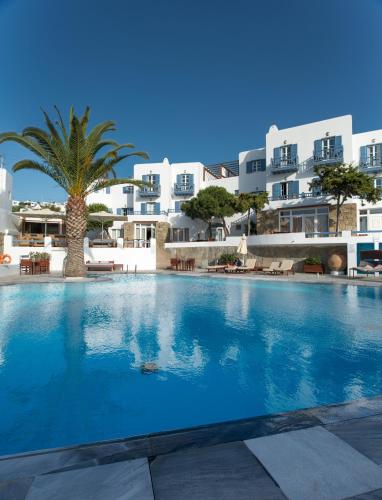 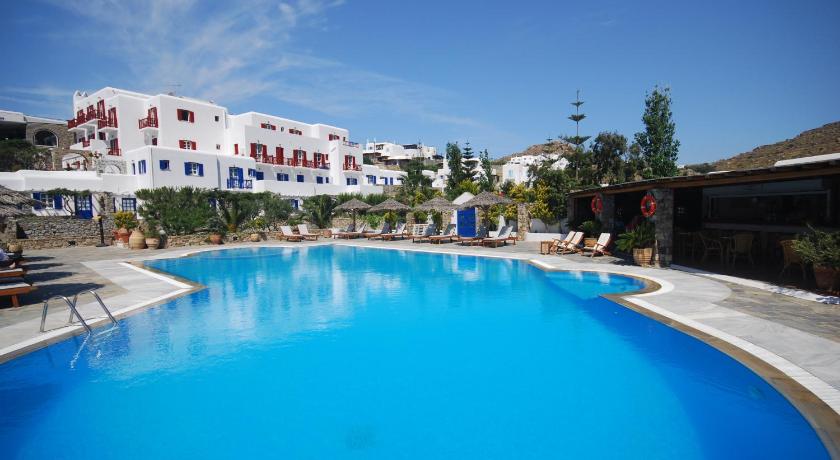